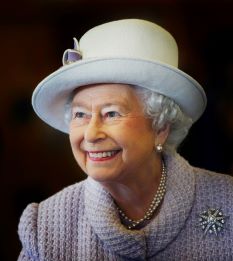 Proclaimation Day, Sunday 11th September 2022, marked the new King formally being proclaimed monarch. At 2:30pm, the Mayor Cllr Gareth Deboos read the official proclamation to those gathered in the Gateway Square. The flag was raised to full mast for the day and returned to half mast where it will remain until the day following the funeral of the Queen.

On the eve of the funeral of Queen Elizabeth II, this Sunday, there will be a special commemorative service in Ringwood Parish Church at 6.00pm.  All are welcome.

Ringwood will join the nation in remembering Her Late Majesty Queen Elizabeth II in a national Moment of Reflection on Sunday 18 September, ahead of the State Funeral on Monday.  Please join the Deputy Town Mayor, Cllr Rae Frederick, in Market Place for a minute’s silence at 8.00pm (gather from 7.50pm) to be followed by the singing of the National Anthem.

Messages of condolence may also be added online, via the Buckingham Palace website https://www.royal.uk/

To enable staff to commemorate Her Majesty’s reign, Ringwood Gateway will be closed on Monday 19th September, the day of the State Funeral.

On the day following the funeral (Tuesday 20 September), we will return the flag flying in Gateway Square to full mast, and the Book of Condolence will close at 5.15pm.

Need to get in touch? Wish to ask us a question? Have an issue to raise?